At last! A programme that dares tell the truth about female architects! (I am of course referring to BBC 1’s wonderful new drama, ‘The Replacement’).

I have become used in recent years to see women portrayed in programmes on the BBC in traditional ‘male’ roles as detectives, psychiatrists, high court judges (‘Broadchurch’), and even midwives. As a woman, I, of course, wholeheartedly support this, but I don’t think it is betraying my feminist credentials to acknowledge that every now and again, a man is just better at doing a particular job. This is particularly true of architecture, where people’s lives depend on buildings to be sturdy, reliable, solid and not about to fall down as a result of any mild earth tremor.

A male architect friend of mine, on entering a building for the first time, would, without fail, immediately ask anybody in charge whether a man or woman was responsible for the design of the building. If the answer was a female, he would turn on his heels and march out as fast as he could. This seemed to me, at first, to be somewhat eccentric on his part, but he explained in a very sober and convincing fashion that the rate of buildings falling down is increased by up to ten times if the architect in charge of construction happens to be a woman.

Knowing the culture of political correctness that pervades the BBC, and based on previous viewings of dramas such as ‘Happy Valley’ and ‘Apple Tree Yard’, I expected that the main female architect in ‘The Replacement’ (a superb performance by newcomer Morven Christie) would be super-confident, overbearing, gregarious, obnoxious and very ‘in your face’ – all very distinctive ‘male’ characteristics. Not a bit of it! I was greatly relieved to see that in fact the opposite was the case. ‘Ellen Rooney’ (played by Miss Christie) was weak, paranoid, jealous, insecure and, by her own admission, ‘hormonal’. Hurrah! This was real life being portrayed on the screen. Also, her judgment, mental health, emotional stability and general well-being was greatly impaired by her becoming pregnant, something I remember well from my own experience in the 1970s.

I don’t know how the basic message of the series – that women are just not suited to a career in architecture – managed to make it through the BBC PC police, but thankfully it did. I am eagerly looking forward to the remaining two episodes in the series. 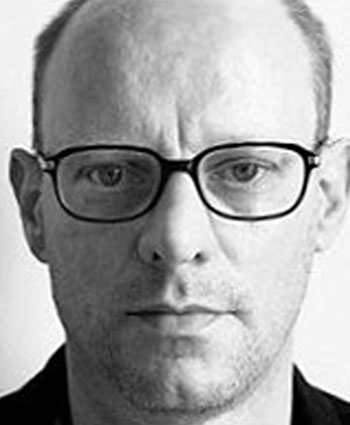 Highly regarded for his work on the BAFTA winning comedy series Father Ted, Mathews earned his first television credits in 1994 on a series of comedy shows: The Day Today, The All New Alexei Sayle Show, and Paris. After Father Ted wrapped in 1998, Mathews and co-writer Graham Linehan went on to co-create the award-winning comedy sketch show Big Train, and the BBC sitcom Hippies. Mathews has written for a number of comedy shows including Jam, Black Books, Val Falvey, and Toast of London, which he co-wrote with Matt Berry. He has written three books, and co-wrote the musical play I, Keano in 2005, which was staged at the Olympia Theatre (Dublin), Cork Opera House, Waterfront Hall (Belfast) and the Lowry Theatre Manchester.