As an avid viewer of Aunty it’s rare for me to find myself watching ITV and yet that is precisely what I found myself doing in the doctor’s surgery waiting room last week. Sometimes it’s when we lack (remote) control, that the most exciting revelations occur to us; and how I wish it had happened sooner.

Your newscasting that lunchtime took me back to those heady days of the late 90s when you fronted Police, Camera, Action!. I notice this programme has been absent from the Radio Times for many years and I began to wonder whether it might have played a larger role in the shaping of society than we ever gave it credit for.

My grandson watches similar, widely available, and unedited videos on ever popular online streaming services and I notice one crucial difference that alarms me. We are not all blessed with the wisdom to know that fifth gear should be used only by the police and ambulance services in emergency situations only – and I fear without your words of advice, stunningly accurate foresight, and confident told-you-so hindsight, that children will struggle to follow (or in some cases, even find) their moral compass.

Perhaps a comeback is just what the doctor orders for a 21st century Britain? Not my doctor, unfortunately, who instead ordered more exercise and less butter. 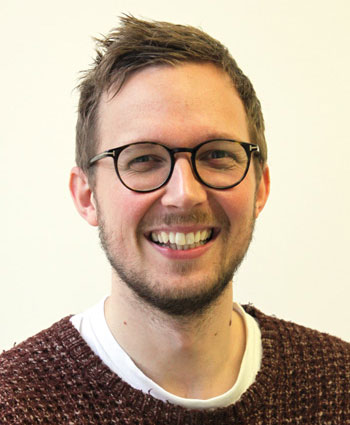 Felix Massie studied animation at the University of Wales, Newport, and graduated in 2007 after completing his Sundance selected graduation film, Keith Reynolds Can’t Make it Tonight. He moved to Bristol that year and worked at Arthur Cox and Aardman Animations animating and directing commercials, broadcast and online content. He also made his second film there, The Surprise Demise of Francis Cooper’s Mother (2008), and was an animation director on the BAFTA-winning TATE Movie Project website (2011). He moved to Nexus Studios in London in 2011 where he finished his third film, In The Air Is Christopher Gray (2013), which went on to win the Grand Prix at Encounters Film Festival, making it eligible for an Oscar. Most recently he has written and illustrated two children’s books published by Frances Lincoln, and directed a 360 VR film for Google Spotlight Stories called Rain or Shine (2016).