To The Manager
The Attendant
27a Foley Street
London W1W 6DY
Info@the-attendant.com

I am writing to apologise for my behaviour at your café last Wednesday, to reimburse any monies owed and perhaps to explain the order of events that led to such an embarrassing incident.

I came across your establishment quite by chance. I had been at Heal’s on Tottenham Court Road choosing some new cushion covers with my niece Muriel and we were in search of afternoon refreshment. Alas, the Lyons Corner House is no longer and in its stead are dreary looking canteens called things like ‘Eat’ or ‘Pretty Manger’. Lost in the labyrinth of Fitzrovia I spied an ornate cast-iron gazebo on Foley Street that I remembered as a place where my late Uncle Quentin would often find refuge. And here was the entrance to your peculiar café, with steps that led down to a rather cramped shelter with white-tiled walls with the Latin (?) inscription ‘Mi Casa es Su Casa.’

As we were seated on high stools at two small porcelain booths, I confess that I was bewildered by your strange menu (attached for some reason to a clipboard). Is there really much call for ‘almond milk porridge’? And what on earth is ‘smashed avo on toast’? I have to say that if I had been tempted to order a main course I doubt very much that I would wish to ‘pimp my sides’ with ‘balsamic and thyme roasted portobello mushrooms.’

We simply wanted afternoon tea. Making my way through an operatic litany of coffee types (macchiato, piccolo, mocha, affogato etc.,) I found the tea menu equally exotic. All we required was a cup of English Breakfast and was eventually informed that its nearest equivalent was something called ‘Lost Malawi.’ This was, I was told, ‘a hand-crafted pure black tea from a single-estate African tea grower.’ Somehow this put my mind at rest and we plumped for a pot of that with two slices of your lemon and rose polenta cake, charmingly garnished with a sprig of fresh borage. Both items proved delicious and I began to feel strangely at home in your subterranean buffet.

I spied a hearty-looking group of fellows in the corner sporting full beards and robust clothing that would not looked out of place in the Alpine Club before the War. Muriel informed me that they belonged to a brotherhood known as ‘hipsters’ (though apparently one must never address them as such as their masonic code insists that they forever deny belonging to such a group). I have to say I was quite taken by their sturdy demeanour and was reminded of the sort of colonial entrepreneurship displayed by my second cousin Ralph, explorer and coffee-planter, who unfortunately died of beri-beri in Borneo.

All at once I felt imbued with a spirit I hadn’t felt since we foolishly handed back all our imperial possessions willy-nilly. Reading some of your literature I learnt that the idea of this little café was ‘built on a philosophy of creating experiences for communities through quality products, innovation and an ever-evolving vision’. I was impressed by such grand ambition for what is not much more than a snack bar and mused that with this sort of aspiration might not these ‘hipsters’ now take back some of what we have lost? Surely there are opportunities for rugged young men to once more set forth and exploit the riches of the underdeveloped world. Now that we are to be free of the shackles of Continental Europe might not we turn to our Commonwealth and be enriched by the fruits of our conquest to deliver, as you put it, ‘a wholesome, produce-driven, seasonal menu that is fresh, fun and innovative’?

But just as in my mind I warmed to this theme I became more aware of my surroundings. Looking above my head I noted what was clearly a toilet cistern adorned with some plastic ivy and realised that our porcelain ‘booths’ were nothing more than converted urinals. I was utterly horrified to discover that all this time I had been occupying a former gentlemen’s public lavatory and it was this that caused me to flee without paying, with Muriel in hot pursuit, upsetting on the way one of your waitresses trays that was conveying luncheon to some other client.

I would be grateful if you could send details so that I might settle the bill for our tea and cake and for the other order, which I believe was a sandwich comprising: ‘Arden forest smoked turkey, maple cured streaky bacon, iceberg lettuce, vine tomatoes and mayonnaise on ciabattini bread.’ In the meantime I hope you will accept my sincere apologies for any disturbance caused.

I wish you and your fellow ‘hipsters’ well in all your noble endeavours. Though I caution always insisting on having a ‘philosophy’ –so horribly French. You seem quite capable of level-headed and conservative values – you’re thoroughly British after all, and should be proud of it!

I will not, however, be visiting you again until you find more suitable premises. Only one thing puzzles me. What was Uncle Quentin doing all that time when this place fulfilled its former function?

We’re sorry to hear about your strange experience at our cafe on Foley Street the other week. We can assure you that it was never our intention to make our customers uncomfortable in their surroundings. It was merely an exercise in challenging the status quo of coffee shops and about up cycling an disused space that would have more than likely been filled in with concrete by the council if it continued to remain as it was. I can assure the premises hasn’t been used as a public since 1950’s and it has been thoroughly cleaned and signed off to be used as a food premises by Westminsters council.

Please don’t worry about what happened the other week at cafe and we are more than happy to take the hit on the unfortunate chain of events that occurred that day, so you won’t need to reimburse us for anything.

We do have 2 other cafes in London which are nothing like the Fitzrovia cafe, so if you are ever back in London and fancy some tea & cake again please do look us up again.

You’ll find our other two cafes very much an enjoyable experience & environment to be in. 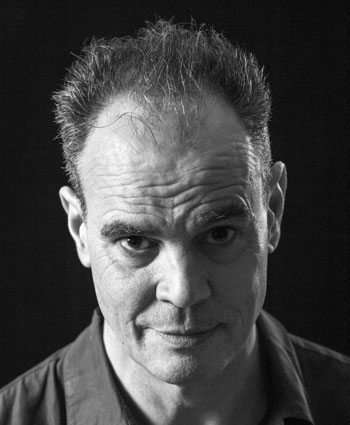 Jake Arnott is the author of seven novels including The Long Firm that was adapted as an award-winning BBC 2 drama series. In 2016 his radio play The Visa Affair, based on a previously unpublished story by Joe Orton, was broadcast on BBC Radio 3. His latest novel is The Fatal Tree.