I have for five years considered myself a true admirer of your work. It passed me by for much of  my young life, as in the decades when you were at the height of your fame I was suspicious of Pop. I listened to Male Voice Choirs and occasionally Female Voice Choirs (but never mixed).

I was drawn to you in later life through the work of your colleague Mr Starr. I found Thomas The Tank Engine to be a useful tool for educating children in the joys of locomotives, despite its many technical inaccuracies. I did my research, and started listening to his band, which you, as I’m sure you remember, were in. I have since bought several of your solo LPs.

So I am not a fly-by-night fan. I have been listening to you for a good two years. Please bear that in mind as you read the following.

I am disgusted by the title of your album “Kisses On the Bottom”. Perhaps you will call me sheltered, but I had assumed the title referred to the infantile yet harmless act of placing an ‘x’ signifying a ‘kiss’ at the foot of personal correspondence. As I listened to the album, my eyes perhaps rested on the title for slightly too long. For around the time of “My Very Good Friend The Milkman” I noticed a disgusting, not to mention unhygienic, double-meaning.

I am aghast that you would encourage your fanbase to place their mouths in such a place, and risk the spread of oral and rectal diseases so flippantly. May I remind you, you have a duty of care to your primarily teenage followers. If they should copy your revolting example, we will have another lost generation.

I would like to offer my support. I read your manifesto as published in the national press and found myself in full-throated agreement with many of your opinions. I too am a big fan of public toilets, dolphins and the death penalty; and dead against nurseries and people being old.

I applauded when I read your comments on homosexuals. You are right. It is absolutely none of anybody’s business, and as such there is no such thing as a homosexual community. Indeed, many of them are really quite catty.

Thank you for getting in touch & expressing your support for our colourful character Gisela, her forthright but genuine personal views & her unique way with words. As Gisela is not online, we will pass on your kind words to her at the earliest opportunity after the election next week. No doubt many people will now be interested to see how she does in the Garscadden & Scotstounhill Ward of Glasgow City Council next Thursday. I must stress however that Gisela’s views are her own personal election manifesto which does not reflect UKIP policy. One of the many fine things about UKIP, is that our local councillors & candidates are not subjected to the party 3 line whip. Although we may need to seriously consider making an exception in this case.

Thank you very much for your email to Mrs Allen.  I’m sure she will find your response heart-warming and encouraging.  As you point out, it is a cold cruel world, and fellow gorilla aficionados are thin on the ground;   as rare as… well, gorillas really.

A word of caution here.  Public toilets and dolphins are great things and fall within the area of manifesto.  But we have nothing against nurseries (I get my shrubs, roses, and elephant-dung compost from my local one near Paignton Zoo) nor against people getting old.

It would be nice if UKIP had the elixir of eternal life (I suspect we’d be in government) but the simple truth is that we don’t and must accept that flawless young people get all crinkly and forgetful 70 years later and not entirely in control of everything, regardless of whether they are LGBT, dolphin fanciers or admirers of public loos.

As for Gisela’s chances of being elected as a local councillor, it might happen, but then lots of things might happen.  Lord Lucan might reappear riding a plastic dolphin, so far up the Thames that he could pop into Anne Hathaway’s Cottage for a cup of tea and a slice of lemon drizzle cake.  We will have to await events. 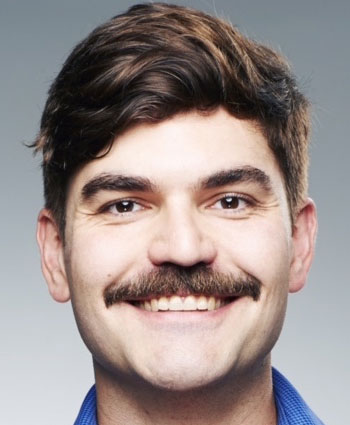 John-Luke Roberts is a writer and performer. He co-wrote the sitcom Bull which starred Robert Lindsay and Maureen Lipman, and aired on Gold. He has performed five solo comedy shows at the Edinburgh Festival and the Soho Theatre, and he cofounded and cohosts the cult comedy night the Alternative Comedy Memorial Society.