To: The Editor in Chief,

I read in my Daily Express that the OED now includes the expression “post-truth”.

The phenomenon seems rife. Yesterday the presenters of The One Show declared that they would see me again tomorrow. They will do nothing of the kind.

I have also observed that every tub of Johnson and Johnson’s cotton buds bears a label advising the buyer not to insert one into the ear. And yet, what other use do they have? Has a cotton bud ever been consigned to the pedal-bin unbesmirched by human effluvia? I think not.

Only in Christ shall we find truth.

I would also ask you to consider the troubling case of the French Golden Delicious.

To: The Producer of Springwatch

I am no scandal-monger. When your department was accused of murdering a number of butterflies in order to give David Attenborough something to talk about, I did not protest. My years of involvement in the amateur dramatic movement gave me the wisdom to stay silent. Last season we mounted a highly successful production of Great Expectations, and nobody objected to the contents of Magwitch’s pork pie.

Likewise, I am no prude. When, in an episode of your programme, Springwatch, Ms Michaela Strachan cradled a small black and white mammal and encouraged her fellow presenters to “scratch her badger”, I did not, as the phrase has it, take to twitter.

Having had the foresight to be born in the country, I became accustomed to the rhythms of nature from a tender age.

And this brings me to my complaint. The final episode of this series was transmitted on June 19. May is the last month of spring. June is the first month of summer.

I can only attribute this error to the sad deficiencies of an Oxbridge education. 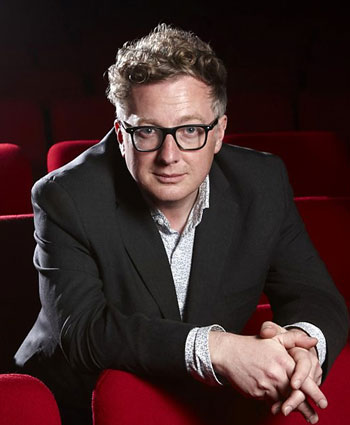 Matthew Sweet is author of Inventing the Victorians (2001), Shepperton Babylon (2005) and The West End Front (2011). He is a columnist for Art Quarterly and Newsweek and presents Free Thinking and Sound of Cinema on BBC Radio 3 and The Philosopher’s Arms on Radio 4. He was series consultant on the Showtime drama Penny Dreadful and played a moth from the planet Vortis in An Adventure in Space and Time (BBC2).